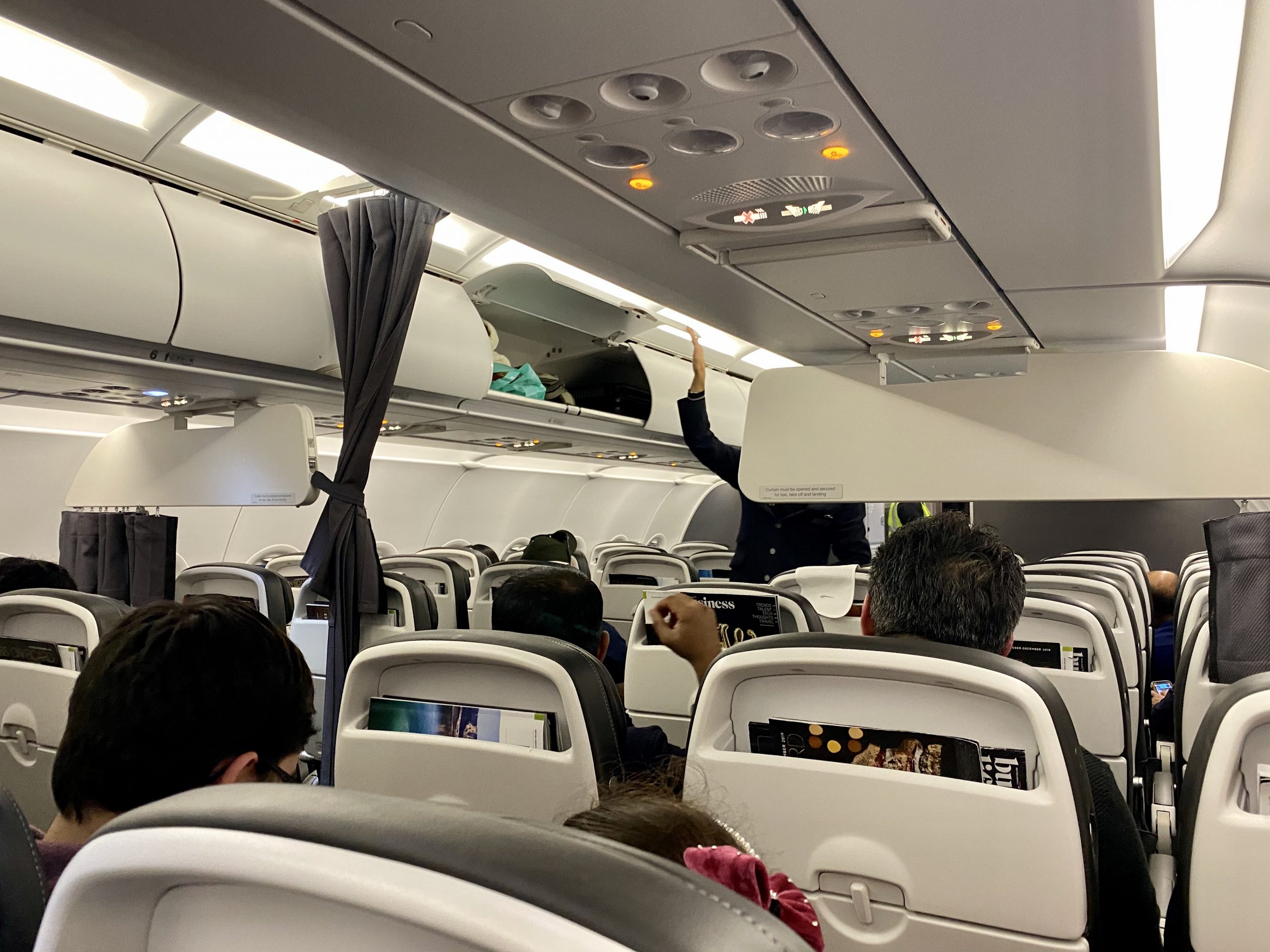 We were taking this short, Sunday afternoon flight with British Airways from Heathrow to Amsterdam to position for our trip to Hawaii, which was due to start the next day from Amsterdam’s Schiphol airport. Starting from Amsterdam saved us thousands of pounds over the equivalent trip starting in London so, with no Sunday plans and Christmas just around the corner, a lazy night in an airport hotel seemed like the perfect way to start our trip.

I booked this flight, the BA440, just a couple of weeks before our trip. The cash price on ba.com was £175pp one way, which wasn’t surprising given that it was so close to Christmas. There were other airlines we could have used, but I wanted to ensure we had lounge access and all the usual status perks, so I decided to spend some Avios to save money. With just 45 minutes in the air, I booked this one in economy, rather than Club Europe, as I knew we would eat in the Concorde Room before flying so paying double the amount of Avios for a Club Europe ticket would have been a waste. At just 4,000 Avios and £17 each, this gave a great return of over 4p per Avios.

Our flight was due to depart at 16.30 from Heathrow’s Terminal 5A. Having relaxed with lunch in the Concorde Room for a couple of hours, we left at 16:00 and wandered down to gate A12, with boarding well underway when we arrived. There was a small crowd queuing, but group 1 was clear so we both walked straight down the boarding lane and through the automatic boarding pass check, while Danielle chatted to her mum on the phone, with her neck at a rather uncomfortable angle!

Our little plane, a 13 month old Airbus A321neo, was sitting right outside the terminal, waiting to take us on the short hop across the channel. We took the escalator to the boarding level and followed the crowd down the departure bridge to the plane.

The fight was already quite busy by the time we boarded. There were 5 rows in the Club Europe cabin on this flight. We were in row 8, in economy, 3 rows behind the movable cabin separator.

British Airways went a bit wild with the A321neo, squeezing in as many seats as possible at the cost of passenger comfort, although this varies depending on where you sit.

The first 14 rows of the A321neo are fitted with the Rockwell Collins Pinnacle seat, pictured below, which has been used on British Airways flights for quite some time. These seats are fitted with 30″ of pitch, which is not great, but just about acceptable in economy. I actually quite like this seat, despite the short pitch, although it is quite thin so you feel any movement in the seat back from the passenger behind.

I’m a shade under 6 feet tall and can sit with my legs bent in these seats without touching the back of the seat in front, as long as I sit with my back tight against the backrest.

I can also straighten my legs and slide them under the seat in front, which gives a bit more scope for relaxing. Danielle, at 5ft 3, has no trouble with space.

Unfortunately things are not so comfortable further back. In order to save space to allow for extra densification on these planes, rows 15-37 are fitted with the lightweight Recaro SL3510 seat, with a smaller pitch of just 29″. While an inch may not seem a lot, it is very noticeable, particularly for anyone even slightly above average height. The seats are also very thin, more so than the seats further forward, and are quite upright, with no recline function, which makes them quite uncomfortable for anything more than a short journey.

Coming back to our seats, there is a rack at the top of the seat for in-flight magazines and the buy on board menu, but no room to store anything else so best travel light.

There is a tray table in the back of the seat which folds down and has enough space to hold a small laptop, which can just about be opened, as long as the seat in front isn’t reclined. As soon as your fellow passenger decides to put their seat back, however, you can forget about seeing your screen so it’s not an ideal place to work.

We were lucky enough to have an empty middle seat between us, which ensured that we didn’t feel too cramped, despite the lack of seat pitch. This is one of the perks of status with British Airways, where the seat beside status passengers is blocked to other passengers, except those of the same or higher status, until all other seats are allocated. It definitely comes in handy on busy flights.

On most of BA’s shorthaul fleet, the cabin is flexible to allow the number of Club Europe seats to be flexed up and down with demand. On this flight the divider, which you can see in the picture below, was set behind row 5, whereas tomorrow’s flight was scheduled to have 8 rows of seats in Club Europe. You can also see that each seat row has its own air vents and lights, both of which made the cut, despite BA’s best efforts at weight saving. What didn’t make it through, though, are the monitors that display the moving map and the safety video, so all safety demonstrations on these aircraft are done manually.

At 16.30, with boarding complete, the cabin crew secured the cabin, ready for our departure. We left the gate at 16.45 for the long journey to the runway on a busy Sunday afternoon in Heathrow.

As we taxied out we past the A319 painted in BEA livery as part of BA’s centenary celebrations.

At 17.15, we took off into the night sky and headed north initially, before turning east and flying north of London and out over the English Channel.

Shortly after take off, in-flight service started, with the option to purchase food and drink form the buy on-board menu, which BA introduced back in early 2017, after taking the decision to stop providing complimentary food and drink. I decided to have a coffee.

The coffee setup is a bit weird. In return for a reasonable £2.50, or a very poor exchange rate of 355 Avios, you’re provided with a cup of hot water and a coffee bag so you can brew your own coffee. While the coffee was nice enough, I’d much rather be handed a cup that was ready to drink, rather than becoming an in-flight barista! On the bright side, paying for it was easy, as I used Apple Pay on my iPhone.

This aircraft was not fitted with wifi so I was unable to review it on this flight.

With just 40 minutes in the air, the seat belt signs were soon back on and we were coming in to land. After a quick run to pick up rubbish, the crew took their seats and, at 6.54 local time, we landed in Amsterdam.

We were quickly off the plane and started the long walk to the baggage hall to pick up our cases.

On the way there we passed this little chap, who didn’t seem too sure of me!

We carried on walking and walking and waaallllking. The usual exit through passport control from D gates was closed so we had to walk all the way to the exit by F gates and then backtrack on ourselves to get to the baggage hall, which was a real trek!

Finally we got there, just ahead of our bags. We collected them and headed out of the airport to find our hotel.